Malidoma Some, Dagara Elder, suggests that a constellation is a ritual, not just for an individual or family, but also for the wider community. In 2010, Malidoma was interviewed for an article in East Coast Villages newsletter, Ask Malidoma! Malidoma E-Village 2010…In it, he described his interest and participation in a number of systemic constellations events and he has said this………

A community according to Malidoma Some embodies the unity of spirit, trust, openness, love and caring respect for the elder’s respect for nature and cult of the ancestors. Pg 52 Ritual, Power, Healing and Community.

Systemic constellations have helped me to understand many of the angry feelings that I have carried around since childhood.  I couldn’t understand where they had come from, because as a 50-year-old looking back on myself as a child, I couldn’t quite attribute where all this pent up anger had come from.

Gradually, over time as I conducted my own ancestral research, I began to understand that some of the anger may literally ‘have been passed down to me from earlier generations.  And when after 60 years of marriage, my mother informed me that she had never had an argument with my father, I knew that there were some dynamics and ‘entanglements’ in my current family system that I had overlooked.

Even now, I am seen as ‘the difficult one’ in the family.  The one who loses her rag’ over seemingly quite simple things, ‘Never Knowing Reasonable’ my sister states.  Well, I find that all very interesting and to my mind it’s too easy an explanation.  So I have made it my job to explore and dig a bit deeper into what may lie behind this generational dynamic.

It is no secret that Bert Hellinger drew on his time in South Africa as a catholic priest when he developed the systemic constellations method.  He opened a school and ministered to many in the Zulu community, how could he not gain some kind of understanding about their life, in community?

For example, in many Western societies, the nuclear family has become the norm over several generations.  But in many communities in the Caribbean, in the UK and the Americas, the nuclear family is not the norm and there are many different configurations of family.  This means that the division between family and community is not as clear as found within a Western model.  Of course, this is also true for many other cultural groups worldwide.

Constellations in the African Diaspora

In the UK large numbers of children were left back home, in the Caribbean, Africa or Asia as their parents came first to settle here.  Later when they were brought over, there were often problems for those children fitting in and finding an identity within the family system.

Although I was born in the UK and brought up in a stable nuclear family unit, I too keenly felt the loss of a Caribbean community around me growing up.  I spent many years angry and looking for ‘belonging’ that I couldn’t find in either a”British” or ‘Caribbean’ identity.  Time after time I would start to map out a constellation and then realise that the personal issues the client had come with, was related to the specific historical traumas of the African diaspora experience.

So a challenge for me in working with the constellations method, was to more clearly reflect the issues that affect families and communities that I work with.   And this meant finding a way to integrate Western systemic theories, alongside Indigenous African Wisdom, in order to make it more relevant for my principal client group located within the African diaspora.

Losing Touch with an Indigenous Past

African heritage people living in Westernised societies have often lost touch with their indigenous past.  Family constellations can help us to Re-Connect and build on these lost traditions and in doing so help answer questions about identity and belonging.  The process can also be a ‘step onto the ancestral path’ by showing individuals and communities, what knowledge has been lost and how to start to reclaim it.

For those reasons, my approach is increasingly to frame the work as an indigenous healing therapy that is Africentric and framed to meet the many facets of the Black minority experience in majority-white cultures.  As an Intergenerational practitioner, I believe that this approach can be a starting place for healing family and community issues that arise from the trauma of an enslaved past.  I will be writing about this more in later blog posts. 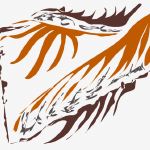